This is the story of a 16th-century Italian architect’s profound influence on the development of American architecture and specifically that of Thomas Jefferson.

The Italian architect Andrea Palladio (1508-1580), considered one of the most influential architects in history,  was clearly a strong influence in the development early American architecture—including the Jeffersonian style reflected in the Athenaeum’s Colonial Revival building by the architect Rantoul.

Victoria Sirianni is a consultant to industry and universities. Having served in a variety of positions at MIT for over 30 years, her last position was as MIT’s Chief Facilities Officer where she was responsible for the management of its physical campus and shepherding its $1.5B second major building program. Subsequently, She served as the Senior Vice President for Operations at Thomas Jefferson University.
She has been both a Palladio and Jefferson enthusiast for a lifetime.

Mark your calendars for the best book sale of the Fall! Members, plus one guest, have the opportunity to attend the Members Preview Book Sale on Friday night, before it opens to the public on Saturday morning.

Volunteer at the Book Sale!

Want to help? Click the link above and choose your time slot. It’s easy!

The public book sale is Saturday from 9-5 and Clearance ($3/bag) is on Sunday from 9-2.
During the Clearance on Sunday, teachers with ID receive free books.

Proceeds benefit the Athenaeum collections and educational programs.
Donations to the book sale may be delivered to the Athenaeum during normal open hours now through September 5.

The public book sale is Saturday from 9-5 and Clearance ($3/bag) is on Sunday from 9-2.
During the Clearance on Sunday, teachers with ID receive free books.

Proceeds benefit the Athenaeum collections and educational programs.
Donations to the book sale may be delivered to the Athenaeum during normal open hours now through September 5. 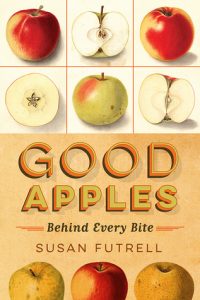 Apples are so ordinary and so ubiquitous we often take them for granted. Yet it is surprisingly challenging to grow and sell this beloved fruit. Good Apples is for anyone who wants to go beyond the kitchen and backyard into the orchards, packing sheds, and cold storage rooms; into the laboratories and experiment stations; and into the warehouses, stockrooms, and marketing meetings, to better understand how we as citizens and eaters can sustain the farms that provide fruit and food for our communities.

Susan Futrell has spent over thirty-five years working in sustainable food distribution, including more than a decade with apple growers in the Northeast. She shows us why producing diverse, tasty apples for today’s market requires almost as much ingenuity and interdependence as building and maintaining a vibrant democracy. 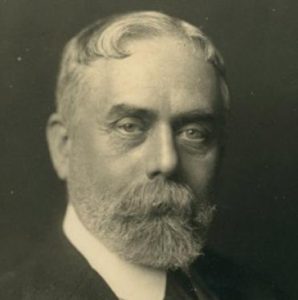 Sir Horatio Gilbert George Parker, 1st Baronet PC, known as Gilbert Parker, began his career as a teacher at the Ontario Institute for the Deaf and Dumb and went on to lecture at Trinity College. In 1886, he went to Australia and became associate editor of the Sydney Morning Herald. He traveled extensively in the Pacific, Europe, Asia, Egypt, and northern Canada. In the early 1890s, he developed a growing reputation as a fiction writer. Of his many works a few were Top 10 Sellers of the Year according to Publishers Weekly archives: The Seats of the Mighty (1896, outselling Crane’s Red Badge of Courage that year), The Battle of the Strong (1898), and The Right of Way (1901-02, outselling Doyle’s The Hound of the Baskervilles). His best novels involve the history and life of the French Canadians.
Read more
Categories: General Groups
August – September 2019 Aug – Sep 2019
Subscribe to filtered calendar