Please join us for an orientation and behind-the-scenes tour of the Salem Athenaeum.

If you are a new, long-time, or prospective member, this tour will orient you to the Athenaeum building, include an overview of our history, mission, and outline current services and membership benefits.

Salem has a long, distinguished literary history that continues today. This program allows you to sample the writing of several published authors who are members of the Athenaeum, the prose and verse of your talented neighbors. Get a taste of their work, peruse their books, talk writing. 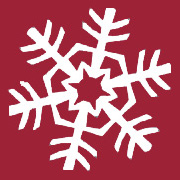 We are now exposed to more information than ever. These gains, however, have also fueled a surge in misguided intellectual egalitarianism. Today, everyone knows everything: with only a quick trip through WebMD or Wikipedia, average citizens believe themselves to be on an equal intellectual footing with doctors and diplomats. All voices, even the most ridiculous, demand to be taken with equal seriousness, and any claim to the contrary is dismissed as undemocratic elitism.

This rejection of experts has occurred for many reasons, including the openness of the internet, the customer-satisfaction model in higher education, and the transformation of the news industry into 24-hour entertainment. Paradoxically, the increased access to information, rather than producing an educated public, has instead created an army of ill-informed and angry citizens who denounce intellectual achievement.

Nichols has deeper concerns than the current rejection of expertise and learning, noting that when ordinary citizens believe that no one knows more than anyone else, democratic institutions are in danger of falling. The exploration of this dangerous phenomenon of the Information Age is not to be missed.