Join us for a rare opportunity to view a selection of important Athenaeum books in need
of special care. While some of the titles may be unfamiliar today, they were all influential,
shaping public opinion and furthering knowledge. Among them, these books promoted
abolition, documented Native American ways of life, reported on scientific and
geographical explorations throughout North America, and helped to establish a national
identity.

Dr. Sue Weaver Schopf will also present a talk about David Hartley whose groundbreaking psychology book, Observations on Man, will be conserved this round.

Reappraisal Reading Circle is an open meeting discussing the works of a prolific, popular author of the past whose works are held in quantity by the Athenaeum.  Participants are encouraged to read any work by the selected author to contribute to the discussion.  Even if you haven’t read any of the books you are welcome to attend. Meetings are usually held on the 3rd Monday every other month but occasionally are held on Fridays in the event of a Monday holiday.

Englishman, novelist, journalist, educator, satirist, sociologist, futurist and prophet — these are a few of the words which could describe Herbert George Wells. He was prolific. He wrote in many genres and his influence was far reaching.

Wells is credited with inventing several classic themes in science fiction through his novels: The Time Machine; The Island of Doctor Moreau; The Invisible Man; and The War of the Worlds.

He also made history a best seller with his The Outline of History (1920) and then A Short History of the World (1922) which Albert Einstein praised. In 1933 Wells predicted a world war would break out by January 1940. It actually began in September 1940.  In 1901 Wells envisioned the new world of the twentieth century and made correct calls about much of what was to come in  Anticipations of the Reactions of Mechanical and Scientific Progress upon Human Life and Thought. His ideas are perceptive and provocative, and controversial. Above all, they have influenced most of us.

Cambridge Society for Early Music presents “Baroque at Heart,” a splendid assortment of music of the greatest Baroque masters, including J.S. Bach and J.-B. Lully, with works of their friends, family and admirers from Germany, France & Italy: Concertos, overtures and variations.

This group is for people who are writing, or wish to write, memoirs. It will not be a class, but rather an opportunity for participants to share and discuss each other’s work, and to offer guidance, advice, and companionship through the memoir-writing process. 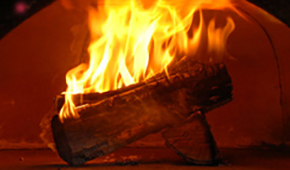 Enjoy an evening of friends and complimentary hors d’oeuvres courtesy of the Adriatic. As you soak in the warmth and comfort of one of Salem’s premier eating and drinking establishments, we’re hoping to raise essential operating funds to help support our programs for 2019.