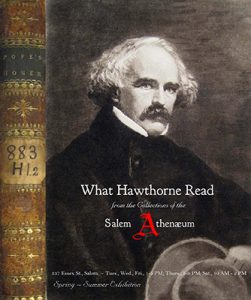 What Hawthorne Read
from the Collections of the Salem Athenaeum

Nathaniel Hawthorne delved into the depths of human nature in his fiction and prose.  A keen observer of people and places, including his hometown of Salem, he enhanced his vision with extensive reading.

Between 1828 and 1855, Hawthorne took out hundreds of volumes from the Salem Athenaeum.  They included books of history, poetry, fiction, philosophy, religion, science and travel, written in French, German and Spanish as well as in English.

Some of what he gleaned from his reading appears, transformed, in his writing. Like the soap bubbles he describes in The House of The Seven Gables, his work portrays life in “hues as bright as imagination.” Visit our Spring Exhibition and see a selection of the books that Hawthorne borrowed, often accompanied by passages from his own work.

Selections from the Exhibition:

Joseph B. Felt’s Annals of

Salem (1827) cites the 1694 law that punished adulterers by forcing them to wear a cloth with a capital letter A. Hawthorne took out this book in 1840, only months before beginning The Scarlet Letter.

A volume on snakes in George Shaw’s General Zoology of Systematic Natural History (1802) is the very book which Hawthorne describes in his story, “Egotism, or the Bosom Serpent.”  Hawthorne also wrote in Septimius Felton, of a bird-catching spider, which is boldly illustrated in another volume on display. 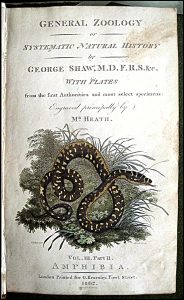 Hawthorne’s uncle, Robert Manning, wrote The Book of Fruits and developed orchards in Salem and Maine.  His Dearborn Street Pomological Gardens had over 1,000 varieties of fruit trees. 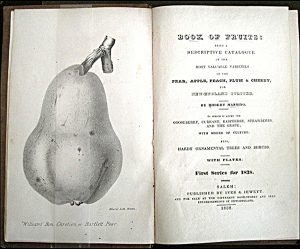 In 1831, Hawthorne read the beautifully illustrated English Botany (1790) by James Sowerby.  Hawthorne wrote extensively and sensitively about flowers, with particular admiration for the water lily. 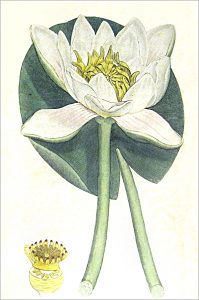 Benjamin Franklin’s Experiments and Observation on Electricity (1774) is displayed with Hawthorne’s anecdotes about Franklin. 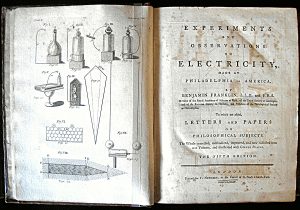 John Caspar Lavatar’s Essays on Physiognomy (1792) were read by Hawthorne in 1828. He explicitly refers to physiognomy in The Gentle Boy, first published in 1832. 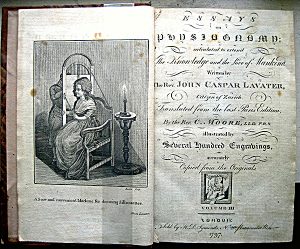 James R. Mellow, in his biography of Hawthorne, wrote that Hawthorne had a special interest in A Complete Collection of State-Trials compiled by Thomas Bayly Howell (1742), with its ancient accounts of criminal justice in England. He pored over the heavy folios for hours and later claimed he got “more delectation out of them than tongue could tell.” 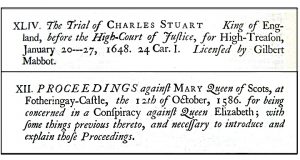