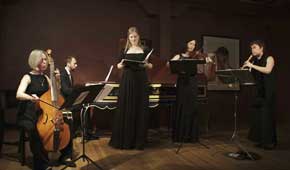 Les Délices’ (pronounced Lay day-lease) polished, expressive, and dynamic performances of masterpieces and little-known works from the French Baroque have been garnering critical acclaim. Founded in Cleveland in 2006, Les Délices brings together artists with national reputations who share a passion for this exquisite yet seldom heard repertoire. Their performances on period instruments allow them to explore a rich tapestry of tone colors, and the group’s name conveys their approach to the music of this era: a delight, a fine delicacy, sumptuous, and exciting. 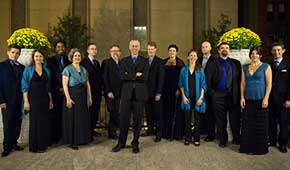 The vocal ensemble Blue Heron has been acclaimed by The Boston Globe as “one of the Boston music community’s indispensables” and hailed by Alex Ross in The New Yorker for the “expressive intensity” of its interpretations. Combining a commitment to vivid live performance with the study of original source materials and historical performance practice, Blue Heron ranges over a wide and fascinating repertoire, including 15th-century English and Franco-Flemish polyphony, Spanish music between 1500 and 1600, and neglected early 16th-century English music, especially the rich and unique repertory of the Peterhouse partbooks, copied c. 1540 for Canterbury Cathedral.