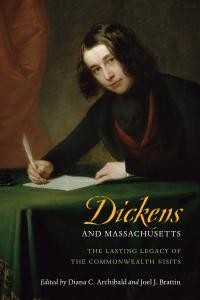 Charles Dickens traveled to North America twice, in 1842 and 25 years later in 1867. On both trips, Massachusetts was part of his itinerary. Although many aspects of the U.S. disappointed him, Massachusetts was the one state that met and even exceeded his expectations and influenced his future writings. He formed deep and lasting friendships with several Bostonians that gave him enduring ties to the Commonwealth.

Meet the editors and discover the significance of Massachusetts in Dickens’ life and work. This event includes a talk, light tea, book signing and dramatic reading.