4 Thursdays, plus one consultation session

Do you have a short story burning inside you to be set free? Bobbi Lerman’s 4-week short story writing workshop might be just what you need to wake your writing brain, recharge your muse and get your words flowing. The course will start with writing prompts and in each successive week you will dig deeper into the writing and drafting process as your story emerges. The fifth and final session will be a one-on-one consultation with Bobbi Lerman by appointment (in person or via phone). 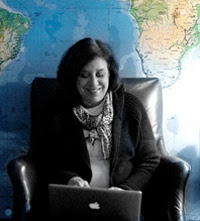 Bobbi Lerman‘s love for writing began at a young age when she would spend her afternoons crafting short stories about her extended family in the three family home she grew up  in and about life in the North Shore. She earned a degree in Fine Arts from Mass Art, and is a member of the New England Romance Writers and of Romance Writers of America.

Through the years, Bobbi’s writing has evolved to cover a multitude of Topics from travel writing for blogs such as Wanderlust Woman, View from the Pier, Your Life Is a Trip and others, to the publication of her four novellas which appear in the Season Of Anthologies. Today she primarily writes Historical Medieval Romance and travel essays.
A self-proclaimed “muse locator,” Bobbi has been running workshops for almost twenty years that are aimed at helping writer’s unblock, and find their voice and inspiration. She founded Scribblers Ink, an active online community and website offering interviews with authors, writing tips, and daily prompts.

When she isn’t writing or workshopping, Bobbi loves to travel, garden, and hang out with her husband of 40 years, visit with her daughter Jessie and her three grandchildren, Aria, Lincoln & Levi, otherwise, known as the wild bunch.

Bobbi’s novellas can be found at Amazon.com.