Join New York Times and international bestselling author Brunonia Barry for an illuminating and entertaining coffee break as she helps writers understand their characters by inhabiting them. Come as yourself then slip into another’s skin and dine as your character might, socializing with fictional characters from all genres. As they say, you never really understand people until you walk a mile in their shoes… or, in this case,  until you “join” them for coffee. 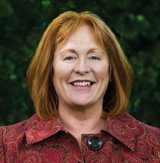 Brunonia Barry is the author of The Lace Reader and The Map of True Places. Her work has been translated into more than 30 languages. She was the first American author to win the International Women’s Fiction Festival’s Baccante Award and was a past recipient of Ragdale Artists’ Colony’s Strand Invitational Fellowship as well as the winner of New England Book Festival’s award for Best Fiction. Her reviews and articles on writing have appeared in The London Times, The Washington Post, and The Huffington Post. Brunonia co-chairs the Salem Athenaeum’s Writers’ Committee and serves as Executive Director of the Salem Literary Festival. She lives in Salem with her husband Gary Ward and their dog, Angel. Her new novel, The Fifth Petal will be published by Penguin Random House/Crown in January 2017.