North by Shakespeare: A Rogue Scholar’s Quest for the Truth Behind the Bard’s Work 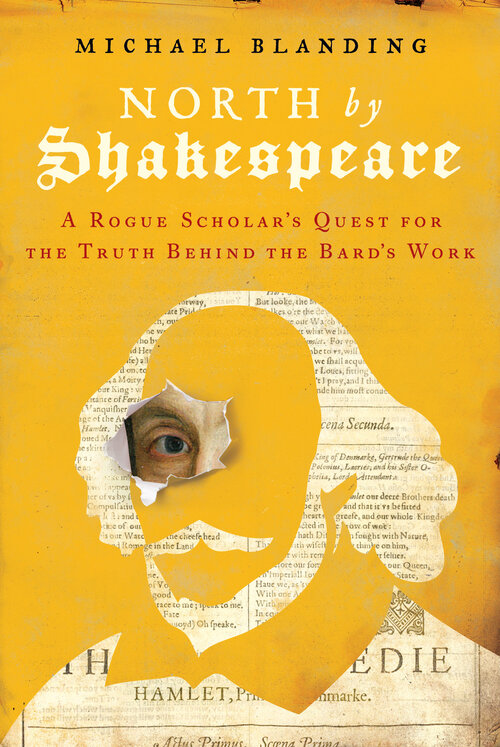 The true story of a self-taught Shakespeare sleuth’s quest to prove his eye-opening theory about the source of the English language’s most famous plays, North by Shakespeare takes readers inside the vibrant era of Elizabethan England and the contemporary scene of Shakespeare scholars and obsessives. It presents the twinning narratives of rogue scholar Dennis McCarthy, called “the Steve Jobs of the Shakespeare community,” and Sir Thomas North, an Elizabethan courtier whom McCarthy believes to be the undiscovered source for Shakespeare’s plays.

For the last fifteen years, Dennis McCarthy has investigated the mysteries behind Shakespeare’s works, using plagiarism software to discover surprising links between Hamlet, Macbeth, and Romeo and Juliet and other plays; and Thomas North’s published and unpublished writings. Plotlines from dramas such as As You Like It and The Tempest, meanwhile, seem lifted straight from North’s colorful life.

McCarthy’s wholly original conclusion is this: Shakespeare wrote the plays, but he adapted them from source plays written by North decades before — many that North penned on behalf of his patron Robert Dudley in his efforts to woo Queen Elizabeth.

North by Shakespeare alternates between the dramatic life of Thomas North, the intrigues of the Tudor court, the rivalries of English Renaissance theatre, and outsider scholar Dennis McCarthy’s attempts to air his provocative ideas in the clubby world of Shakespearean scholarship. Through it all, Blanding employs his keen journalistic eye to craft a highly readable drama, up-ending our understanding of the beloved playwright and his “singular genius.”

Michael Blanding is a Boston-based investigative journalist whose work has appeared in The New York Times, WIRED, Slate, The Nation, The Boston Globe Magazine, and Boston. His newest book, North by Shakespeare: A Rogue Scholar’s Quest to Discover the Truth Behind the Bard’s Work, was published by Hachette Books in March 2021. His last book, The Map Thief: The Gripping Story of an Esteemed Rare-Map Dealer Who Made Millions Stealing Priceless Maps, was published by Gotham Books in June 2014 and named a New York Times Bestseller; an NPR Book of the Year; a New England Indie Bestseller; a MassBook Must-Read, and winner of an NES Book Award by the New England Society of New York. His first book, The Coke Machine: The Dirty Truth Behind the World’s Favorite Soft Drink, was published by Avery/Penguin in 2010.