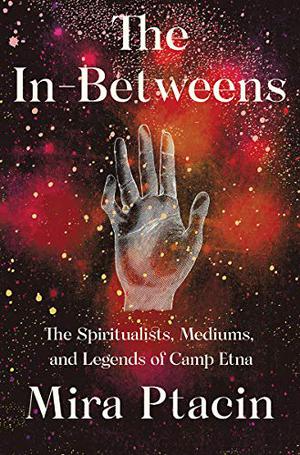 The In-Betweens: The Spiritualists, Mediums, and Legends of Camp Etna

“They believed they would live forever.” So begins Mira Ptacin’s haunting account of the women of Camp Etna—an otherworldly community in the woods of Maine that has, since 1876, played host to generations of Spiritualists and mediums dedicated to preserving the links between the mortal realm and the afterlife. Beginning her narrative in 1848, with two sisters who claimed they could speak to the dead, Ptacin reveals how Spiritualism first blossomed into a national practice during the Civil War, yet continues—even thrives—to this very day. Immersing herself in this community and its practices—from ghost hunting to releasing trapped spirits to water witching— Ptacin sheds new light on our ongoing struggle with faith, uncertainty, and mortality. Blending memoir, ethnography, and investigative reportage, The In-Betweens offers a vital portrait of Camp Etna and its enduring hold on a modern culture that remains as starved for a deeper sense of connection and otherworldliness as ever.

Mira Ptacin, the author of the acclaimed memoir Poor Your Soul, has written for NPR, Guernica, New York, Tin House, and Vice, among other publications. She teaches memoir-writing to women at the Maine Correctional Center and lives on Peaks Island, Maine.