Cost:
$155 members, $175 non-members
Contact:
Email
Programs
The literary heritage of the American South is as complex as the lives and the land it represents. Join Theo Theoharis this spring as he leads a six-week course of 10 short-story masterpieces from the men and women of the American South: black and white, from the 1920s to the present.

Combined with the inherent intensity of the short story form, this selection of stories offers an excellent springboard for discussion about writing and the human experience.  All stories except Confederates by Ron Rash may be found  in The Signet Classic Book of Southern Short Stories.  Copies are available to be checked out at the Athenaeum. 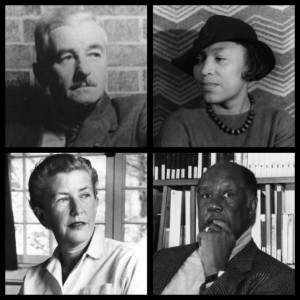 William Faulkner, Dry September (1930)
Robert Pen Warren, When The Light Gets Green (1936)
Nancy Hale, The New Order (1954)
Alice Childress, Northerners Can Be So Smug (1956)
Elizabeth Spencer, First Dark (1959)
Ernest J. Gaines, The Sky Is Grey (1962)
Peter Taylor, Two Pilgrims (1963)
Alice Walker, Everyday Use (1973)
Ron Rash, Dead Confederates (2010)
Theo Theoharis has lectured widely on American and European literature both in the United States and abroad. He is author of James Joyce’s Ulysses: An Anatomy of the Soul and Ibsen’s Drama: Right Action and Tragic Joy, and well as the translator of Before They Could Change Them: The Complete Poems of Constantine P. Cavafy. He has received teaching awards from UC Berkeley, MIT and Harvard. He has taught courses on the epic, tragedy, and modern fiction at Harvard for the last 25 years, his most recent course being “Satire and Resistance in the American Novel: Huckleberry Finn and Catch-22.”